The Arthur C. Clarke Foundation and the British Interplanetary Society (BIS) are pleased to announce the Finalists for the 2021 Sir Arthur Clarke Awards which will be presented at the BIS’s Reinventing Space Conference Dinner and Awards on Tuesday 29 November 2022 at Aerospace Bristol, under the wings of Concorde Alpha Foxtrot, the last supersonic airliner ever to fly.

Presented annually since 2005, ‘The Arthurs’ recognise and reward those individuals and teams that have made notable or outstanding achievements in, or contributions to, all space activities here in the UK. The Lifetime and International Awards are open to all.

For the success of its ELSA-D Space Sweeper Mission which was launched in March 2021 and successfully released and collected its replica debris in August 2021.

For getting the UK back into Space, with a strong focus on flexibility and sustainability. 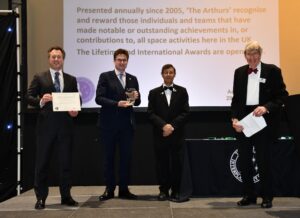 For simultaneously getting Orbex financed and sealing the deal to build the Sutherland Spaceport.

Unfortunately there were insufficient nominations for either the Team or Individual Academic Awards this year, so the Judging panel decided not to make any awards.

For keeping the Space community together through the pandemic and for addressing serious issues like equality and diversity.

For flying nearly 1,000 student-designed experiments from over 370 schools, involving over 13,000 students in classrooms, including science clubs, across the UK.

For providing space and astronomy activities to disadvantaged children through many outreach programmes – especially the MajorTim.space Young Ambassador Programme. 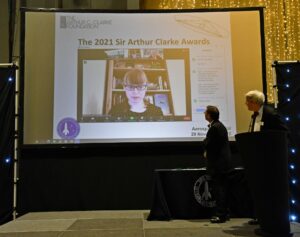 For the redevelopment and running of UKSEDS national-level Space competitions .

For launching the world’s first HNC/HND course in space technologies at the University Centre, Truro and Penwith, Cornwall. 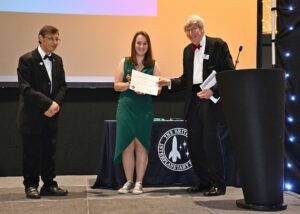 For, as Chair in 2021/2, bringing UKSEDS through the toughest of years into a new era by leading new initiatives and making new connections with unprecedented events around the world

For the revival of the UKSEDS Membership team

For building and running the systems that power UKSEDS 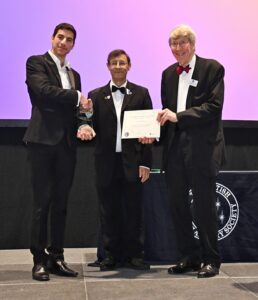 For Media and Outreach engagement in Planetary Science across Europe

For continuing to spread the science and STEM message throughout the lockdown of 2021. Its January 2021 episode, ‘Under the Night Sky, demonstrated the importance of the night sky to human history and how our relationship with the stars has changed over the centuries.

For her Insightful coverage of the Oneweb / Eutelsat story 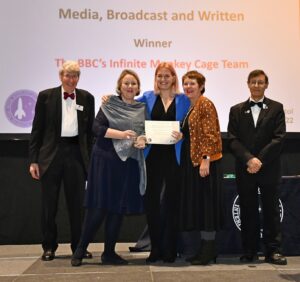 For his lifetime contribution to rocket technology from his early youth as an amateur rocketeer to Rolls Royce, British Aerospace and the Atomic Weapons Establishment and on to be the main founder of Reaction Engines.

For her highly successful management of the ESA Business Incubation Centre in the UK.

For his lifetime service to the UK Space Industry and for growing Astroscale UK from its beginnings to the successful launch of ELSA-D. 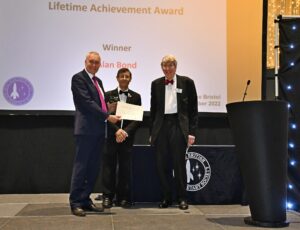 For not only her own personal achievements, but also for her continued, dedicated and inspirational contribution to education & outreach for space flight and aviation. She has pushed the boundaries from her days as a test pilot to her Mercury 13 training and continues to encourage others to push their own boundaries and reach their own goals.

For encouraging young people from all over the world to pursue careers as engineers and explorers by bringing scholarship awardees to the first International Space Camp in Huntsville Alabama in 2021. 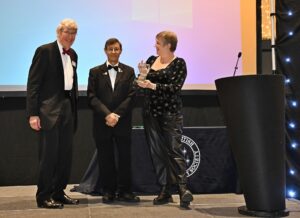 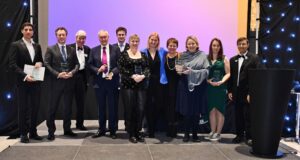 CONGRATULATIONS TO ALL the Winners and Finalists!

The Sir Arthur Clarke Awards ‘for space achievements in 2022’ will open for nominations early in 2023! 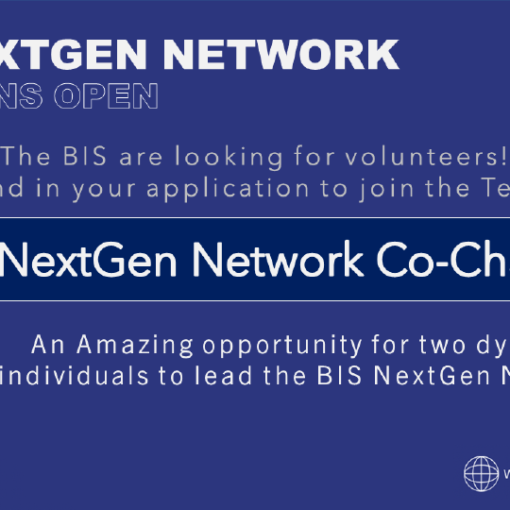 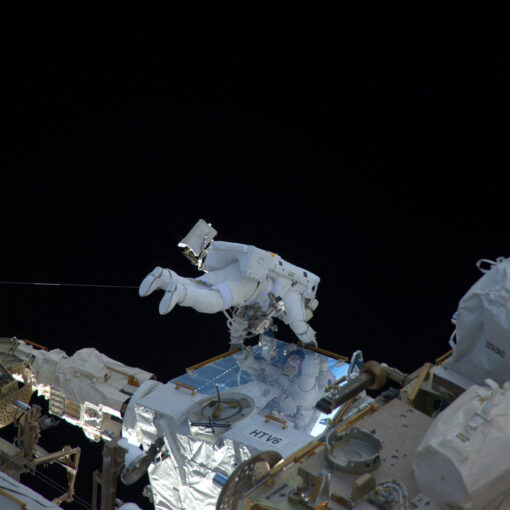 The European Space Agency have heralded the start of a new call for astronauts. With applications opening on 31st March 2021, there […] 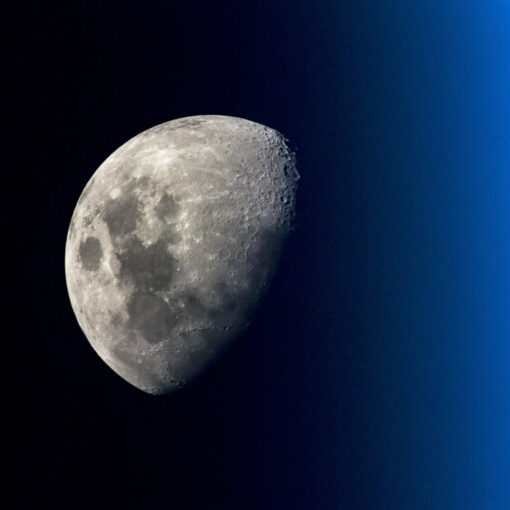 The British Interplanetary Society’s ‘Beyond the Moon’ symposium is planned for 14th Dec 2022. The symposium, which is a focus for future […] 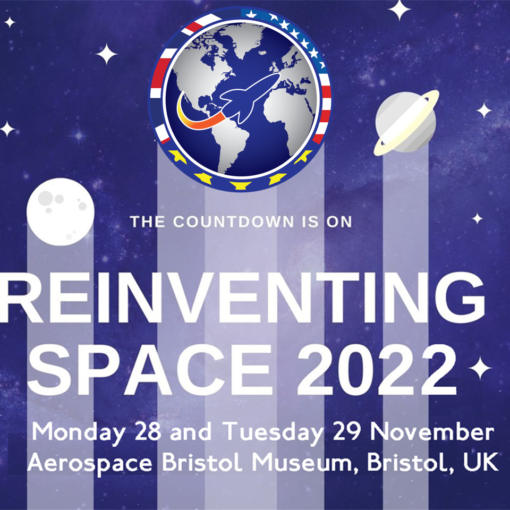