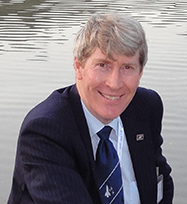 Alistair worked in the aerospace industry from 1967 – 2011. He joined Hawker Siddeley Aviation as an undergraduate apprentice at Hatfield in 1967, and gained a BSc (Aero Eng) from Bristol University in 1972. He worked on Trident, Airbus A300B, HS125, and HS146 aircraft before moving up to British Aerospace Dynamics in 1978. In 1984 he moved over to British Aerospace Space Systems as Marketing Manager, Communications Satellites, operating in the Middle East, Far East and Australasia.

He became PR Manager for Matra Marconi Space (UK) in 1995 and was appointed Director of Communications (UK) for Astrium on its formation in May 2000. He retired from EADS Astrium as Adviser (UK), Communications & PR for EADS Astrium (UK) in November 2011.

Alistair joined the Society in 1995, became a Fellow in 2001 and was elected to Council in September 2007 and first served as President of the Society from September 2012 to July 2015. He is Chairman of the Events Committee and serves on the Education Committee. His other interests include the Territorial Army, military vehicles, vintage cars, sailing and cartooning.

Alistair considers it important that the Society is kept fully informed of current and proposed activities both in industry and academia, and believes that he can help to maintain this firm base from which the Society can continue to promote the further use and exploration of space.

In 2018, Stuart Eves founded his own space consultancy company, SJE Space Ltd, after spending 16 years working for the UK Ministry […] 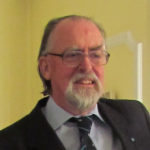